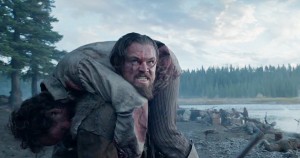 Sir Robert Nelson on 18th September handed down judgement in this case. Claire Watson instructed by Irwin Mitchell LLP appeared for the Claimant; Charles Feeny, instructed by Bevan Brittan LLP appeared for the Defendant.  XX attended smear tests administered by doctors working for the Defendant in 2008 and 2012, and subsequently attended biopsies in 2012 and 2013. Through negligence, the claimant’s cervical cancer was not detected on these occasions, and the consequently delayed treatment led to a number of seriously adverse effects. Some of these effects occurred whilst the cancer remained undiagnosed, and others as a direct result of the treatment. These effects are summarised at paragraph 18 of the judgement:

“a) The development of invasive Stage 11B cancer, which necessitated surgery to remove her lymph nodes and transpose her ovaries, and chemo-radiotherapy.

b) The complete loss of fertility where XX has no children but had always wanted to found a family of her own.

g) A constant heavy feeling in both legs with pins and needles, which interferes with her sleep at night.

i) Anxiety and depression associated with the diagnosis of cancer, the radiation induced injuries to her bowel, bladder and vagina and her inability to conceive or carry a pregnancy.

j) The risk of recurrence of cancer and the associated fear of the same.”

The principal issue that has attracted attention in this case concerns surrogacy arrangements. The claimant gave significant evidence as to her extreme desire for children, particularly of her own. She claimed that she intended to seek to use the system of commercial surrogacy in California, given its administrative advantages to that in the UK – where such commercial arrangements remain illegal – but that she would be prepared to seek a solution here, if her initial plans failed. The question arising from this is the correct approach to take towards claiming the costs of these options, given the state of domestic law on the subject.

Sir Robert Nelson set out some further legal and factual background; notably the case of Briody v St Helens and Knowsley Area Health Authority (2002) QB 856. This case concerned Ms. Briody, who similarly sought to recover the costs of a surrogacy arrangement based in California (with her own eggs) or alternatively using donor eggs in the UK. The Court of Appeal rejected the claim on the basis that the Californian arrangement was illegal in the UK and the chances of success were miniscule (around 1%). Sir Robert Nelson noted that the use of donor eggs would have been rejected as it did not make up for what she had lost (a child of her own). He also noted Lady Justice Hale’s opinion that the Californian arrangement was contrary to public policy ‘clearly established by legislation’, but also that the question of recovering the cost of surrogacy in the UK, compliant with domestic law and using the mother’s own eggs, was left open – albeit with Lady Justice Hale commenting that she saw such a claim as ‘a step too far’.

In particular, the loss of fertility was of concern during her treatment and was noted to have been a significant cause of the psychiatric conditions for which she was treated. Dr. Gessler, who had treated XX previously and gave an opinion in this case, was clear that a potential risk of psychiatric deterioration was present in the event that her attempts at surrogacy proved unsuccessful. The evidence of Dr. Gessler was of a 30-40% chance of a ‘catastrophic’ response to a failed surrogacy, which would be likely to require one year’s (45 sessions) treatment.

The claimant works as a manager at a Neal Yard Remedies store in London, and despite some recent instances of time off in connection with her condition, she was recently promoted (albeit that she then had to decline a further offer of promotion due to her difficulties). She is working in the same employment, at the same hours and now at an increased level of pay.

Sir Robert Nelson decided that, in relation to the claim for costs of surrogacy in California, he was still bound by Briody. He expounded that regardless of the location of the contract, the arrangement is illegal under UK law and cannot therefore ground a claim for expenses – including those which would be “reasonable” under the UK system – as the entire contract is contrary to public policy. The judge stated that the changes in legislation since Briody did not alter this point, since they do not render the contract in question legal; any reference to cases in Family Courts surrounding parental orders did not alter this position, which was determinative. Sir Robert Nelson was, however, prepared to accept that attitudes may well have changed, but that he was bound by the decision in Briody. It was for Parliament, or possibly the Supreme Court to change the law, if that was appropriate..

In relation to the claim for the costs of a UK arrangement, Sir Robert Nelson came to a different view. He noted that such an arrangement was neither illegal nor contrary to public policy, and that it was difficult to see, where prospects of success were reasonable, and especially in light of the claimant’s particular efforts to delay her treatment and freeze her eggs, allowing such a claim should constitute a “step too far.” He therefore allowed the claim for two surrogacies (based upon a balance of probabilities assessment of the success of such by both sides’ experts) at £37,000 each. The judge did also note that he was still bound by Briody in relation to a claim based upon the use of donor eggs; on the basis (as noted) that it was not restorative of the actual loss.

Sir Robert Nelson set out the threefold test for provisional damages: whether the risk is real rather than fanciful; whether the deterioration will be serious; and whether the case is a proper one to depart from the normal rules. Whilst he found no problem satisfying the first element, he found that whilst not insubstantial, the ability to cure within a year’s treatment did not qualify this particular instance as ‘serious’, and that this was not a case where the normal rules should be displaced.

The judge noted both that XX was in nearly identical employment to before the accident, and yet had had to turn down a further promotion, and considered that this was sufficient to be considered disabled under the Ogden Tables’ definition. However, the judge accepted that he should follow the approach of the Court of Appeal in Billett v Ministry of Defence (2015) EWCA Civ 773, in applying the ‘Smith v Manchester approach’ of broad assessment. He echoed the sentiment in Billett that a multiplier approach may produce “hopelessly unrealistic” results. He therefore assessed the loss of future earnings at 4 years, to reflect the difficulties she would face on the labour market were she to need to find alternative employment.

In assessing the claim for supply of one drug in particular (Cholestagel), whilst Sir Robert Nelson did find the claimed figure excessive, he did make some allowance for the fact that whilst generally available, restrictions on supply via the NHS were sufficient to allow for some amount to cover the contingency of seeking private replacements. Where treatment was acknowledged to be unavailable via the NHS, private treatment was permitted to be claimed in a handful of other examples of required future treatments.

The award of damages for surrogacy costs, albeit on a limited basis and subject to proof of reasonable prospects, will no doubt be considered the most significant feature of this case.  Given the possibility of the issues being considered on appeal in this context, it would be inappropriate to say too much at this stage.

However, the judgment is interesting for a number of other reasons reflecting the breadth of the dispute between the parties and with the Judge having to resolve issues which are regularly discussed in personal injury claims, but not necessarily subject to many judicial decisions.