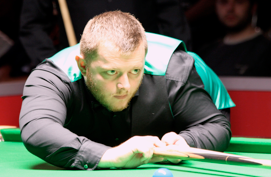 On 8th March, the Court of Appeal made an Order by Consent dismissing the Claimant’s Appeal against the judgment of His Honour Judge Brian Rawlings

The circumstances in which this Order was made are a little surprising in that on 7th February the Court of Appeal (Eleanor King, Simon, and Lindblom LJJ) had heard argument on the Appeal, with judgment reserved.  The Claimant’s decision to discontinue the Appeal without awaiting the judgment was realistic, but at one level unfortunate.  His Honour Judge Rawlings had granted permission to appeal on the Claimant’s application because he felt that guidance from the Court of Appeal was appropriate, as there was some controversy between authorities as to the issues in the case.  We discussed these issues and the judgment in an earlier piece (https://pro-vide-law.co.uk/rsa-v-generali-life-in-the-enclave/).  In particular, the case involved significant debate as to whether a claim for contribution as between insurers, following the decision of the Supreme Court in IEG v. Zurich, should be considered one for debt or damages.  If the claim was one for debt, then it would not come within the Civil Liability (Contribution) Act 1978 and therefore would not be subject to a two year limitation period.

Ironically, on the same day as the Court of Appeal heard argument in the RSA case, Mark Allen (the well known snooker player) landed in hot water by conceding a match-winning frame while there were still 11 red balls left on the table in the Snooker World Grand Prix.  Allen was subsequently fined and deserted by one of his sponsors. Whilst a similar approach in the Court of Appeal would result in all cases involving significant principle proceeding to a reasoned judgment, it is unlikely that Court of Appeal practice will be altered in this respect.

Therefore, whilst at one level the lack of any Court of Appeal authority on the issue is disappointing, nonetheless the decision of the Claimant to abandon their appeal after argument would make it very difficult for the point to be raised again. The Claimant’s essential argument was that the claim for contribution did not fall under the 1978 Act because the claim should be characterised as one in debt, which is specifically excluded from the operation of the Act.  Whilst there has been debate at both high judicial and high academic level as to the correct characterisation of the cause of action, ultimately, on careful analysis of the authorities, it appeared clear, as reflected in the judgment of His Honour Judge Brian Rawlings, that the action was one for damages and that there was no actual precedent for considering that a claim for contribution was an action in debt.  That an action for damages appears incongruous can be readily conceded but there is authority at House of Lords level indicating that a claim against an insurer under a liability insurance contract is one for unliquidated damages.  On the other hand, whilst the Claimants could point to analogous contracts such as a surety or guarantee which had been considered to give rise to a cause of action in debt, these were only analogies. There was no case in which a claim for indemnity under an insurance contract could be considered to be one of debt. In reality, the exclusion of debt from the operation of the 1978 Act only applied to cases of simple debt where the rules as to apportionment were well established and there was no need or justification for the judicial discretion under the Act.

The Claimants’ argument would also have produced a very anomalous position in relation to claims for contribution as between insurers.  On the basis that the 1978 Act did not apply, there would either be a six year limitation period, by analogy with the limitation period for contract under the Limitation Act 1939, or in the alternative no limitation period at all, but the possibility of the equitable defence of laches.  Such a result would be considered arcane in the context of the modern law. The two year period under the 1978 Act would be considered reasonable in circumstances in which the existence of the right to contribution would be known prior to the determination of the initial claim.

Therefore, whilst there is no Court of Appeal authority on this issue, it appears unlikely that any insurer will now attempt to rely upon a limitation period longer than two years.  In practical terms, waiting beyond the two year period would not be a risk that any insurer should entertain.

Michael Kent QC and Peter Houghton instructed by Steve Phillips, Plexus for Appellants and Charles Feeny instructed by Tony McDonach, Hill Dickinson, London for the Respondents. The name of the Respondent was changed in consequence of the acquisition of the relevant book by Bothnia International, a Compre managed company.