On 11thNovember 2010 the claimant, Mr PD, underwent a laparoscopic subtotal colectomy and end ileostomy, which involved removal of the colon and diversion of the small bowel to an opening in the stomach.

Following the procedure it emerged that the claimant had suffered an intraperitoneal haemorrhage to the bowel during the first surgery, and that further surgery was required. Following the second surgery, the claimant developed a wound infection, pneumonia and an incisional hernia.

It was undisputed that the claimant had suffered greatly as a result of two rare surgical complications, injury to the spleen and damage to the bowel, and undoubtedly attracted the sympathy of the courtroom. But, as the judgement made explicit, mere sympathy does not equate to a legal finding of negligence. 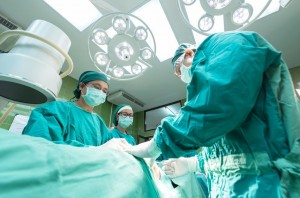 The claimant alleged negligence in the following ways. First, that after 3 hours of failing to remove the colon laparoscopically, the surgeons should have converted to an open surgery.

Second, that they damaged the colon by removing it through an incision that was too small. Third, that the surgeons tore the hilum of the spleen, failing to notice that this had happened and consequently not remedying the tear during the operation.

Finally, that there was a delay in detecting the complications following the first surgery and as a result, the second surgery was delayed.

The experts and their evidence:

The evidence before the judge was as technical as it was specific. This section aims to provide an overview of the salient information in order to highlight how the case turned on events that took place in the heat of the moment.

In doing so it is hoped that the paramount importance of the evidence given by the doctors in court and the information they committed to their notes during surgery is apparent. Where there is no allegation that a doctor is being dishonest, and any possible negligence is far from clear-cut, a judge should exercise great caution before going behind a doctor’s account of a highly technical operation.

The expert put forward by the claimant was Professor Keighley, who was not involved in the claimant’s operation. He had retired from the NHS in 2004. He had never been personally involved in laparoscopic colorectal procedures, but had been involved in major publications on the subject.

“…if having removed the colon…we do not know if they turned the camera and looked at the spleen…they would have seen a tear”.

He preferred the histopathologist’s evidence on the location of the tear (that indicated it was in a visible place) to that of the surgeon’s note in the second operation (which indicated that it was not in a visible place), because the surgeon was a junior member of staff working under pressure and late at night, whereas the pathologist had the benefit of daylight and time.

When asked about whether the laparoscopic procedure should have been converted to an open one, he stated:

“This is difficult. We are dealing with complex calls in the heat of an operation…there is a huge range of how people do things when they decide to make a change in the decision…conversion is a judgement call…I cannot find a specific reason for conversion.”

In relation to the delay in the second surgery, Professor Keighley stated that he was “straying outside my expertise…I am struggling to inform the court…I am not sure where we are up to.”

Dr A was the lead surgeon in the claimant’s case. He had carried out laparoscopic procedures approximately 280 times.

He confirmed that the operation note contained no reference to bleeding of the spleen, and stated that any visible bleeding would have impaired the operation by saturating the lens of the camera they were using, so would have caused them to abort the procedure.

At the point that the spleen was removed, Dr A explained that he had not made a note of any bleeding, and did not remember the specific operation. Any bleeding that occurred must have therefore taken place either after the operation or in a place that was not visible during the operation. Otherwise, Dr A explained, he would have seen the bleeding and recorded it.

As for converting to an open procedure, Dr A stated that there were no known complications justifying such a conversion, which carried with it other risks.

In relation to size of the incision used to remove the colon, Dr A explained that the surgeons never reached a stage where the exterioration of the colon was not progressing. In other words, there was never any perceived need to use a bigger hole.

Dr B was the other surgeon performing the laparoscopic procedure. He asserted that the surgery took longer than usual due, amongst other things, to the fact that he was a slow surgeon and the high degree of difficulty of the surgery.

In relation to the lack of detail in the operation notes, Dr B explained that generally only important things are noted during surgery, and such notes are prepared for the surgeons’ own eyes, without any litigation in mind.

Mr Scott appeared as an expert on behalf of the Defendant. He had been performing the colorectal laparoscopic surgery since 2007. He stated that he did not see any damage to the spleen due to any lack of care, and that despite the best care, damage can occur.

In relation to the length of the operation, Mr Scott told the court that he had seen some operations go on for eight hours. He also preferred the operation note to the pathology report in deciding where the splenic bleeding had occurred, and that even if it a defect to the spleen had been detected, it would not justify a conversion to open surgery.

Finally, he confirmed that the size of the surgical incision looked adequate to him, and that there was no good reason to lengthen it.

HHJ Parker made it clear that Professor Keighley was at a disadvantage in giving evidence, stating that:

“written experience can never be a substitute for actual hands-on experience…of a difficult and complicated surgery…this does effect the weight that I feel able to attach.”

The judge commented on the manner in which Professor Keighley gave evidence:

“his willingness to put forward theories and express views outside of his expertise left me feeling less than confident in what he was saying.”

In relation to the conversion point and the length of the surgery, HHJ Parker accepted that if the surgery was longer than usual, this was justifiably due to its complexity and because Dr B was a slow and careful surgeon.

As for the size of the incision, HHJ Parker acknowledged that it was a matter of clinical judgement, and that here had been no positive indication that widening the incision would have been justified.

Addressing the visibility of the tear to the spleen, HHJ Parker preferred the surgical note to the pathology report. This was a further nod to the competence, expertise and firsthand view of the doctor who was dealing directly with the patient. Furthermore, the judge accepted the straightforward point that if there had been visible bleeding, than the surgeons would have seen it and noted it down.

However, it was accepted that the delay in commencing the second surgery had caused a significant degree of suffering to the claimant and the need for an additional blood transfusion. An award was made for £2,500 for pain, suffering and loss of amenity.

The difficulty of proving breach of duty in the context of an operative complication which occurred unwittingly with the Claimant obviously unconscious often presents a dilemma for a Judge. On the one hand, as here, the Court is confronted by a straightforward Claimant who has suffered significant and indeed life changing injury and disability. On the other hand, again as here, the surgeons were apparently competent and the relevant events are known to occur, despite reasonable care.

The Court of Appeal in Ratcliffe v. Plymouth & Torbay Health Authority (1998) PIQR P170 made it clear that the principle of res ipsa loquitur is unlikely to apply in such cases, except in very obvious circumstances such as a retained swab or operating on the wrong part of the body. In most cases of alleged surgical negligence, it will be known that a given complication can occur despite reasonable care; although equally it can be caused by negligence. Claims of negligent performance of surgery are generally advanced on the basis of expert evidence, which is essentially of a reconstructive nature, indicating how in the opinion of the expert an avoidable mistake occurred.

The legal analysis is complicated by the Court of Appeal in Ratcliffe and subsequent cases, whilst disavowing the application of res ipsa loquitur, nonetheless indicating that the absence of reasonable explanation by the surgeon is a factor which can be weighed in the balance. In practical terms, this approach can sway the Court towards a speculative reconstruction by an expert, resulting in an outcome which does not appear to be markedly different to the application of res ipsa loquitur as occurred in the case of O’Connor v. Pennine Acute Hospitals (2015) EWCA Civ 1244.

Unsurprisingly against this background, the results in individual cases show no clear pattern and each appears ultimately to be fact or even Judge sensitive.

In the present case the resolution was ultimately not problematical. The Judge was confronted by an expert on behalf of the Claimant, a retired Professor of Surgery who admitted to limited experience of laparoscopic surgery and who also admitted, or indeed volunteered, that much of his evidence was speculative. As against this, the operating surgeons and a suitably experienced expert, Mr Scott, were able to provide clear explanations in relation to the Claimant’s allegations, and in particular as to how the damage to the spleen could occur without negligence and without being noticed.

From a Defendant’s perspective, in terms of deciding whether to contest a case, it is likely that the decision will ultimately turn on the degree of confidence in being able to provide a plausible explanation consistent with reasonable care having been displayed.