IMMUNOTHERAPY COSTS: FINDING THE RIGHT REMEDY IN MEDICINE AND LAW?

Home/Case Notes/Employment/IMMUNOTHERAPY COSTS: FINDING THE RIGHT REMEDY IN MEDICINE AND LAW?
Previous Next

IMMUNOTHERAPY COSTS: FINDING THE RIGHT REMEDY IN MEDICINE AND LAW? 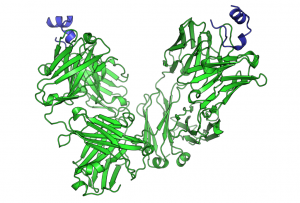 The proposition that a defendant or insurer liable for terminal illness should pay reasonable treatment costs which have a prospect of improving the victim’s length or quality of life would appear to be an unlikely source of controversy.  However, it is a testament to the enduring ability of mesothelioma claims to create forensic controversy that there is significant ongoing debate as to the best approach to a claim for immunotherapy costs.

Innovative treatments in mesothelioma claims are not new, with claims for both chemotherapy and immunotherapy drugs at different points in time.  The reasonable requirement for proof of efficacy before acceptance by NICE inevitably creates a situation in which drugs are being used but not available on the NHS.  What perhaps has changed in recent months is that previously such claims were made in circumstances in which the victim was already undergoing private drug therapy or at least was being recommended for the same.  There has now developed an approach of advancing immunotherapy claims in seemingly every living mesothelioma claim, often with no concrete evidence of the likelihood of the treatment. Therefore the claim is being advanced on what is not unfairly described as a wholly speculative basis. This is against a background where claimants’ solicitors appear to be advertising the ability to pursue such claims on their websites which inevitably is putting pressure on all firms advising claimants to offer the same.  Medical reports are served simply describing the availability of such treatment and indicating that the claimant in question may ultimately be suitable for treatment.

Understandably, insurers have been reluctant to date to contest such a claim in court in particular given the emotive nature of the claim and the undoubted acceptance that if the claimant is suitable, with the treatment being recommended, then the cost of it will reasonably be paid by the defendant.  However, it is reasonable in terms of assessing how such claims should be managed to consider what likely order a court could make should a claim be contested at assessment of damages.  The following alternatives appear to be relevant:

The question that can now be reasonably be asked is that if a defendant offers an indemnity but a claimant refuses to accept it, whether the defendant should seek to defend the claim in accordance with the position as set out above in relation to contingent damages and periodical payments.  Accepting that there is an element of risk in such an approach, if the indemnity is thought to be appropriate and consistent with the legal basis of assessment for future loss, then there would be clear advantage to defendants and insurers in establishing a position where a claimant would have to accept such an indemnity as opposed to proceeding to attempting to achieve some remedy through the court. The defendant’s arguments as to the inappropriateness of contingent damages and periodical payments would of course be much more attractive in the context of an offer of an apparently reasonable indemnity.  Indeed against this background, it could be argued that the claimant in fact suffers no prospect of future loss given the offer of indemnity.

In any event, it is clearly in the interests of all victims for a simple and common sense approach to be taken to this issue as opposed to introducing unnecessary complication which can only serve to increase legal costs and cause delay.

[1]As A. P. Herbert’s Lord Mildew astutely observed in ‘Doggett v. Port of London Authority’: “There is no precedent for anything until it is done for the first time.”