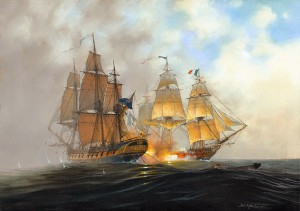 The original article can be found here

On 22 February ,the Court of Appeal handed down judgment in the case of Bussey v Anglia Heating. The primary focus of the Claimant’s Appeal had been that the earlier decision of the Court of Appeal in Williams v The University of Birmingham was per incuriam and therefore should not have been followed by His Honour Judge Yelton at first instance.

Mr Bussey had been employed by the Defendants as a domestic plumber in the 1960s. He made occasional and limited use of asbestos products, in particular asbestos cement flue pipes and asbestos rope. His Honour Judge Yelton found at trial that Mr Bussey had been exposed to asbestos dust for up to one hour every two to three weeks. The Claimant at trial advanced a case that the exposures would have exceeded the levels in the subsequently published guidance provided by the Factories Inspectorate in TDN13 of 1969. On assessment of the expert evidence, the Judge found that the levels were below those specified in TDN13 of 1969.

The Court of Appeal in Bussey did not accept that Williams was wrongly decided either in law or fact. In summary, Lord Justice Jackson considered the decision could only be criticised, probably unfairly on his analysis, to the extent that it has been treated as giving rise to the use of TDN13 of 1969 as a “bright white line” in determining the level at which asbestos exposure would give rise to a reasonably foreseeable risk of injury during the currency of TDN13 of 1969.

His Honour Judge Yelton did not accept the Claimant’s argument that Williams was decided per incuriam. He therefore found that Williams was binding which made it impossible to find for the Claimant on the facts of the Bussey case. The Court of Appeal considered that the Judge fell into error in this respect and that he was (to paraphrase) distracted from the real issue which was whether the Claimant could prove on all the available evidence that a reasonably foreseeable risk of injury had been established from the findings made in relation to Mr Bussey’s exposure in the mid to late 1960s. The case was remitted for further consideration by His Honour Judge Yelton in relation to this issue.

Lord Justice Underhill in his judgment separated out the two elements of proof of negligence which are relevant for consideration in this context. The Claimant must first prove that the Defendants knew or ought to have known of a reasonably foreseeable risk of injury and if this is proved that the Defendants failed to take reasonable steps in relation to that risk. The comments in Jeromson and Maguire against this background can reasonably be understood to relate to the second aspect, namely, what steps ought to have been taken. The Claimant’s argument involves conflating two separate aspects of proof of negligence so as to establish reasonable foreseeability of injury by a failure to take steps to avoid the injury. However ,a duty to take steps in respect of a risk can only arise once there has been a finding that the Defendants ought reasonably to have been aware of the relevant risk. As pointed out by Lord Justice Underhill, it will be very difficult for a defendant to argue once reasonable foreseeability of risk of injury from asbestos exposure is established that it was reasonable to limit the steps to be taken in respect of that exposure. The comments in Jeromson and Maguire can reasonably be understood in relation to this proposition. Indeed there is no case nor is there likely to be where a defendant would succeed in arguing that a failure to take steps in relation to exposure was acceptable when reasonable foreseeability of risk had been proved in respect of that exposure.

The Claimant’s arguments also involve conflating two separate propositions, namely, that in the 1960s the safe limit of exposure to asbestos was not known with the proposition that no safe limit existed. Whilst superficially similar, these propositions are radically different in implication. If no safe limit existed then, as now, all exposure should be avoided but analysis of the history of the development of knowledge in relation to asbestos exposure shows that low level exposures were accepted through the 1960s and into the 1970s and early 1980s. As Lord Justice Underhill points out, consideration will have to be given at the remitted hearing as to whether there were levels of exposure at which these Defendants, given the nature of their business and the information available to them, would not have appreciated that there was a reasonably foreseeable risk of injury.

Against this background, whilst the decision of the Court of Appeal in Bussey will not entitle a defendant to rely upon TDN13 as (to quote Lord Justice Jackson) a universal yard stick by which to determine foreseeability of asbestos related injury, the fact that Williams has been held to be correctly decided will nonetheless be relevant to many cases.

The remitted hearing will no doubt be informative on these issues and given the emphasis on a nuanced approach, decisions in other cases will similarly take this debate forward.

This article has been jointly written by Damon Burt and Charles Feeny.